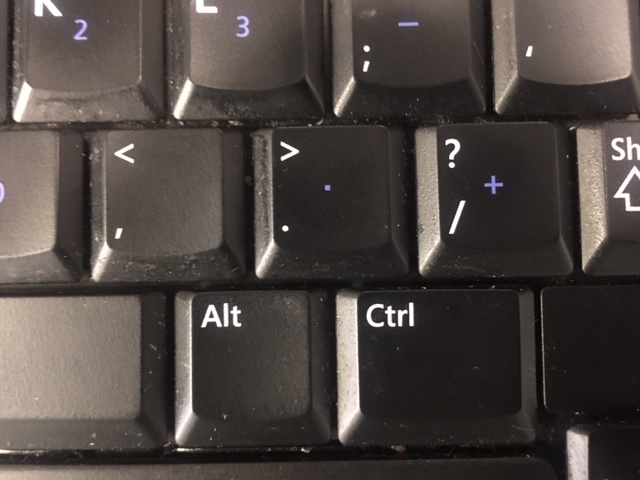 In celebrating the 20th anniversary of Colorado Center on Law and Policy, we are publishing a series of vignettes about the organization’s most significant accomplishments.

Colorado has suffered its share of deadly natural disasters over the last 20 years from the Hayman Fire of 2002 to the 2013 floods that claimed at least eight lives and damaged more than $1 billion worth of property.

Yet, one of the most significant disasters to hit the state was the result of a computer system “upgrade” that was ill-conceived, mismanaged, poorly planned, inadequately funded and badly implemented.

All told, the massive failure of the Colorado Benefits Management System (CBMS) — a statewide computer network used to determine eligibility and process payments for public assistance programs such as Medicaid, the Supplemental Nutrition Assistance Program (SNAP) and others — put hundreds of thousands of Coloradans in jeopardy without access to health care, medications, cash assistance and food. In 2010, a nine-year-old boy with severe asthma died after his mother was unable to obtain prescription drugs because of the failure.

To mitigate the destructive effects of the CBMS failure for Colorado’s residents most in need, Colorado Center on Law and Policy (CCLP) worked with the Colorado Lawyers Committee and the National Center for Law and Economic Justice to bring a lawsuit against the state when the system consistently failed to make accurate determinations of eligibility for benefits. Ultimately, CCLP secured a settlement requiring the state to meet benchmarks for processing applications on a timely and accurate basis, and held the state accountable until it consistently met the benchmarks. To their credit, the state complied and was released from oversight in 2017.

A tragedy of errors
Intended to streamline Colorado’s human service programs with a faster, more efficient computer system, the project went horribly wrong due to miscalculations from contractor Electronic Data Systems over how much time and effort the project would take and unrealistic expectations from the state, which changed the design mid-stream and failed to adhere to its own benchmarks before going live. To further complicate matters, Colorado’s economy took a turn for the worse, further tightening the state’s budgetary constraints. State legislators perennially expressed frustration over missed deadlines and budget overruns related to the project. In 2004, representatives from county governments approached CCLP with grave concerns about the much-needed update of the state’s legacy systems serving more than 538,000 Coloradans enrolled in benefits programs such as Medicaid, Child Health Plan Plus, Temporary Assistance for Needy Families (TANF) and Supplemental Nutrition Assistance Program (SNAP).

“The counties came to us and said ‘this is not going to work,’ recalled Elisabeth Arenales, Director of CCLP’s Health Program. “They saw the writing on the wall.”

Part of the problem from the beginning was that state and county agencies historically had not worked well together on IT projects.“Cohesion is incredibly important in a project like this,” Arenales said. “Any IT project needs a clear chain of command and an absolute decision-maker and we didn’t have it with this one.”  Though the state had agreed not to “go live” until they reached a target of 95 percent processing accuracy they proceeded with the launch despite a dismal 67 percent accuracy rates.

CCLP and the Colorado Lawyers Committee went to Denver District Court seeking to stop CBMS from going live through a Temporary Restraining Order. The judge declined to issue the order.

“The judge essentially said, ‘Well, this is worrisome, but it hasn’t gone live yet, so there is no actual harm,’” Arenales said.

Unfortunately, despite dire warnings from county administrators and a tech consulting firm, the state proceeded with the launch of the new system, and the Colorado Lawyers Committee, CCLP and NCLEJ returned to court.

“We came in a few months later and said: ‘look at the actual harm! Tens of thousands of people are going hungry and without medical care,’” Arenales recalled.

Among the problems: the data didn’t transfer from the legacy systems to the new system properly and the new system was built so that it couldn’t sort out its data in a meaningful way. Case workers who didn’t understand the system had to construct time-consuming work-arounds. On top of that, there wasn’t adequate capacity in the computer system itself. If enough workers used the system at the same time, it would crash. CCLP received so many complaints from people who could not access their benefits that it hired a full-time employee, Muriel Arvey, to field the calls.

Arvey started with CCLP as a volunteer but was put on the payroll when it became evident that more help was needed.

“We were very, very busy,” Arvey recalled. “Once people knew there was an organization working on this, we had lots of calls.”

The court issued an injunction ordering the state to establish a back-up customer-service unit so that people could get their benefits, address noticing issues and ensure that the state did not go after people who had been overpaid SNAP benefits because of system error. A settlement agreement was reached in 2006, which among other things, required the state to improve the timeliness and accuracy of benefits processing.

According to a 2011 report by two researchers from the University of Denver detailing the troubled system’s history: “The new system was not capable of processing transactions as efficiently as the systems it replaced… Huge backlogs of unprocessed transactions developed, which resulted in employees working overtime, the hiring of temporary employees, and the installation of additional computer servers to add capacity.”

And as many Coloradans were being denied benefits, a 2006 legislative audit revealed that the state had accidentally administered about $90 million in improper over-payments.

According to a 2005 article in The Denver Post:  “The state realized early on it could not afford all it wanted out of the system, but forged ahead anyway…. Counties administer the programs CBMS is designed to handle. But some of them failed to participate in the computer system’s development or get their employees trained.” In the end, Arenales noted, “it was nearly impossible to train workers to perform well on such an ill designed system.”

Fixes required time and money
The disaster spanned more than 10 years through three governors; costing hundreds of millions of dollars and leaving a trail of disgruntled caseworkers and tech firms in its wake. Over the years, the state has gradually improved its performance so the system processes applications more accurately and with shorter lag times.  Among the state’s biggest changes was the establishment of the Office of Information Technology (OIT), within the Governor’s office, designed to oversee major IT projects.

While CCLP earned much credibility in advocacy circles for taking on the state and winning, the effort tapped out many of the organization’s resources.

“I’d say it was an absolute 24-7 job for six to nine months,” Arenales said, noting that she continued to work on CBMS on and off for a full 13 years. “I probably spent the better part of two years on that case. In fact, we spent so much time on that case that we barely did a bit of fundraising during that time.”

Fortunately, local grant-makers stepped up their support of CCLP so that the organization could continue its important work and grow.

“It was a complex but important case,” said Ed Kahn, an attorney who helped found CCLP and worked on the CBMS case. “The more you see due process not being given by the federal government the more you realize how important that case was. I’m thinking of the immigrants in detention and the way that’s been screwed up. That’s a worse example than CBMS but it is similar in that there was a lot of willful conduct in implementing something without fully testing it first.”

In the end, the CBMS case not only improved what was a severely flawed computer system — sparing Coloradans aggravation or unnecessary crises — it also established CCLP as an advocacy force to be reckoned with.

“The case has defined my relationship with state government departments — particularly HCPF [Colorado Department of Health Care Policy and Financing],” Arenales said. “They know that we mean it when we say somethings not right and they need to do something so that people don’t get hurt.”