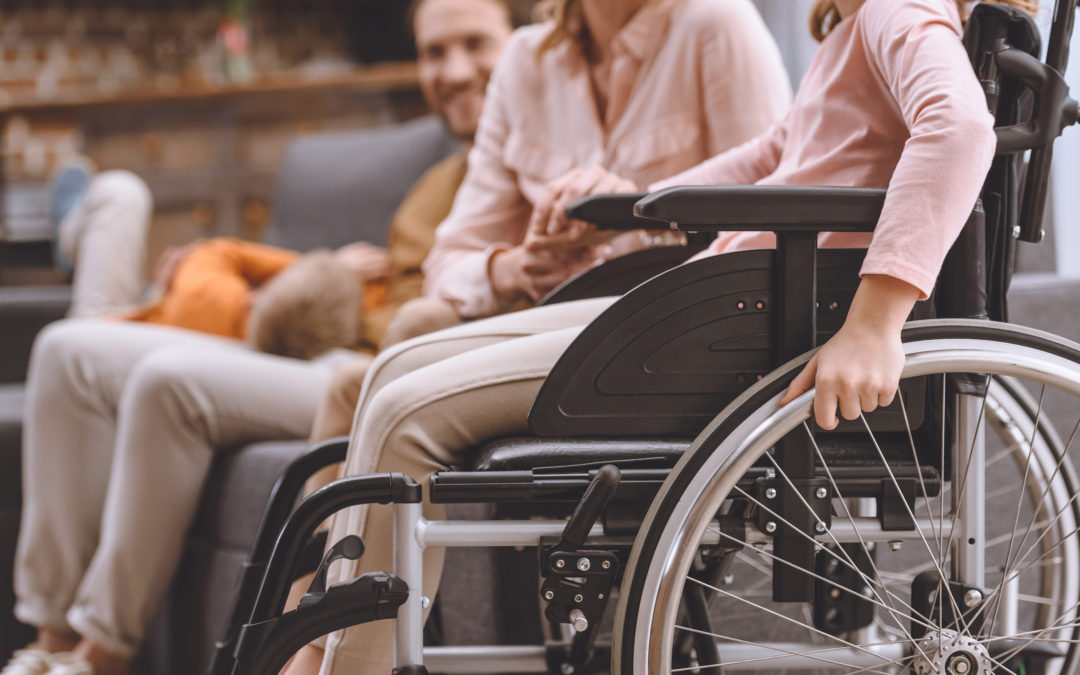 Editor’s note: This vignette is part of the Lived Experience series, which highlights how Coloradans benefit from advocacy efforts led by CCLP and its partners.

Though largely intended for individuals and families with low incomes or disabilities to provide health coverage, Health First Colorado (Colorado’s Medicaid program) supports families with high-acuity children – with a more flexible definition of financial need – to help them cover the costs of essential treatments and services. For many families, however, meeting the criteria for and accessing these benefits can be a logistical and legal nightmare.

Chris Russell, a family advocate who works in pediatric home care, is familiar with this situation. Chris has spent many of the last 39 years navigating the complex Medicaid system to ensure that her son, who has a physical disability, can receive essential services that he requires.

“His disability is quite severe,” Chris says. “He’s extremely intellectually capable and not too recently [earned] his Ph.D.… but his body has been a challenge…[He’s] pretty much had everything go wrong that could go wrong in 39 years with the system in terms of going through IEPs in the schools and going through all manner of Medicaid misery.”

Armed with her experience as an attentive mother, Chris has spent 29 years working at a pediatric home health agency to ensure that eligible families receive the medical coverage and services they need. Through her work, Chris is exposed to systemwide issues related to accessing certain Medicaid benefits. When Chris comes across a particularly difficult legal problem, she consults Bethany Pray, Legal Director at Colorado Center on Law and Policy, to help solve it.

Correcting immigration misconceptions
Recently, Chris worked on two cases involving families with children who had severe disabilities. Each of the families qualified for Medicaid waivers but were being denied based on citizenship — despite having legal status in the U.S. “Both families were here on some kind of a work visa,” Chris says. “There were two separate counties involved and in neither case did the county acknowledge that that the children should be able to get on Medicaid.”

Chris continues, “there was actually a lot of conflicting information in various documents that [the Colorado Department of] Health Care Policy and Financing [or HCPF] put out, that the counties put out, and when I would call [the county human services offices and single entry point case management agencies]  just to research this—whether immigrant children could access Medicaid… One-hundred percent of them said no… Basically, what I found out was that when a misconception gets started people just repeat the misconception until it virtually becomes the law. It’s not the law — it’s wrong — but it gets disseminated so widely that everybody believes it’s true. So, the counties don’t believe that these kids can get Medicaid, [and] that’s what they tell the case managers.”

Thanks to CCLP’s legal advocacy efforts, both children’s families were rightfully able to access Medicaid and Department application language was changed to ensure that people without Social Security Numbers were not inappropriately screened out. According to Chris, “Even though those were individual cases, they manifested in a change…and a better understanding of what was true and what wasn’t true across all the counties… That’s an example of a situation where one individual’s miserable situation manifested in correction of an entire policy that affects many, many people.”

Fighting unlawful process changes
It is common for the problems that Chris identifies within Medicaid to be systemic and affect a very large number of families. Last year, Chris noticed a particularly widespread problem among children who applied to receive home nursing services: “Out of the children that we had previously gotten 100 percent approval on, about 40 percent of those children got denied suddenly,” Chris says. “And so that precipitated panic, big panic on my part because there’s so many children that we see in that boat.”

These denials were due to a sudden change in the way children’s eligibility for services was being considered by the group that oversees the authorization process for Certified Nurse Aide (CNA) and private duty nursing services.

Chris continues, “So I went through, I interviewed each of those people and set them up for hearings at the administrative law court… If I ever had a question, then I could ask Bethany the answer to the question.” For Chris, Bethany was a valuable resource for providing options on how to proceed.

At the same time, CCLP found that the notices families had received were lacking vital information. The constitution guarantees people due process — specifically notice and a hearing — before they lose a benefit or service. Successfully arguing that services could not be denied without due process, CCLP worked to get benefits restored to all children who had gotten the flawed notices.  Then, with help from Colorado Legal Services, CCLP resolved legal hearings for many of the children who had appealed.

This was a tremendous win for families who would have otherwise been denied services. However, each family has only been temporarily approved until Sept. 30, 2020.

Chris explains how the re-approval process this year will be much more challenging: “Now they corrected those [procedural] errors…We’re going to have to go to court and argue that clinical merits of the case…It’s going to be very challenging, and I’m not looking forward to it, but honestly none of these things would have happened – in terms of any defense of these families, defense of these children, in terms of their care and in the services that have been denied — I  don’t think it would have happened without CCLP.”

The Medicaid system saves lives every day but is far from perfect. Eligibility requirements, approvals, and enrollment can often be incredibly confusing and challenging to navigate. Continued advocacy from individuals like Chris and organizations like CCLP is crucial not only for ensuring that Coloradans receive the coverage they deserve, but also for holding actors within the Medicaid system accountable for adhering to the law.

“It makes you feel extremely good to be able to help somebody,” Chris says. “It’s just such a painful situation to have a child and know that they need something to flourish medically and they can’t get it for some unfair reason, from a mistake or misunderstanding, or the parents just don’t have the knowledge to navigate this incredibly complex Medicaid system, or whatever the reason is… I absolutely couldn’t possibly be more grateful for my job — it’s the best job in the whole wide world. But my job is made a whole lot better by the fact that if I have a legal question, CCLP always knows the answer.”