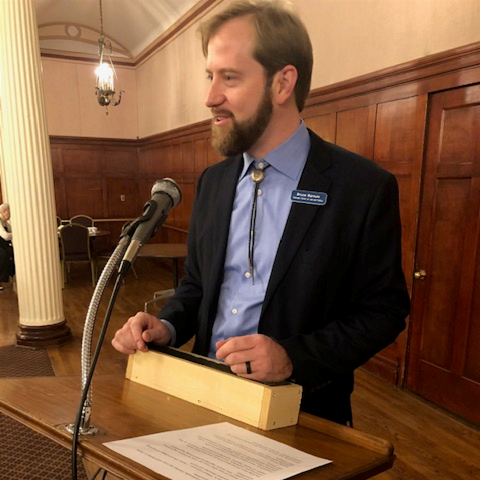 Bruce Barnum joined CCLP as Development Director in April 2018. In this role, Bruce works to provide consistent and ample sources of funding for CCLP to accomplish its mission of forging pathways from poverty.

Before joining CCLP, Bruce worked for the National Multiple Sclerosis Society as the Community Engagement Director. He led a team that built connections and delivered strong outcomes for thousands of constituents, not to mention raising millions of dollars to support the cause of Ending MS Forever. He also worked as the Development Director for the Walk MS campaign, crafting strategy and developing resources for one of the largest fundraising campaigns in the country.

Prior to that, Bruce worked for former U.S. Sen. Al Franken of Minnesota in a state-outreach role. There, he developed legislation from the grassroots level on up, and connected constituents to Federal policy and Federal programs. He facilitated numerous major projects in rural and economic development, worked with FEMA and local agencies to respond to and mitigate natural and manmade disasters. He also worked with a diverse array of interests to reauthorize the Farm Bill, and played a major role in implementation of the Affordable Care Act and the establishment of the Minnesota State Exchange.

Bruce is very excited to work with the talented team of policy advocates and change-makers at CCLP and to help them make a big difference on the lives of low-income folks in his home state of Colorado.